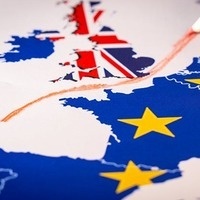 The UK is set to leave the European Union (EU) on 31 October 2019 - or is it? As you may know, this move is historic and unprecedented, but if you're trying to make sense of the news and the daily headlines, it can be hard to follow all the moving parts and know who the players are.

How does the backstop for the Irish border fit into the scenario? Could Brexit trigger another referendum for Scotland's independence? How might this effect transatlantic trade with the U.S.? Dive in and discuss these and other hot-points of this monumental economic and geopolitical "divorce" with British author-historian David Milne (University of East Anglia) and Oregon State University’s Christopher McKnight Nichols.

David Milne is a senior lecturer in modern history at the University of East Anglia, and is currently teaching and researching as visiting faculty at Oregon State University. His authored books include Worldmaking: The Art and Science of American Diplomacy and America’s Rasputin: Walt Rostow and the Vietnam War, and he is a senior editor of the two-volume Oxford Encyclopedia of American Military and Diplomatic History. Milne has held visiting fellowships at Yale University, the Gilder Lehrman Institute of American History, and the American Philosophical Society. His writing has appeared in the Los Angeles Times and The Nation in addition to academic journals.

Christopher McKnight Nichols teaches history at Oregon State University. Nichols is Director of the Oregon State University Center for the Humanities. He specializes in the history of the United States and its relationship to the rest of the world, particularly in the areas of isolationism, internationalism, and globalization.

Lecture or Presentation, Meeting or Discussion

Organization
School of History, Philosophy, and Religion, Center for the Humanities
Contact Name

OSU Center for the Humanities