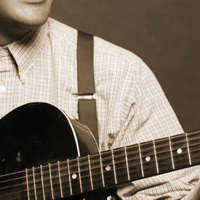 The webcast event is part of CLA’s American String Series. Hosted by OSU Director of Popular Music and Performing Arts Bob Santelli, each segment of American Strings is comprised of a conversation and solo performance by successful artists from a variety of genres, making for a one of a kind opportunity to appreciate and know better the great American music tradition.

With a repertoire covering over 100 years of early American popular music, Flemons has branded the moniker "The American Songster. " He is considered an expert player on the banjo, guitar, harmonica, jug, percussion, quills, fife and rhythm bones.

His latest project is titled "Prospect Hill: The American Songster Omnibus on Omnivore Recordings." The two CD albums feature three parts: the original Prospect Hill album, the 2015 EP What Got Over, and The Drum Major Instinct which includes twelve previously unissued instrumental tracks.

Register for link to view at https://beav.es/JT3

Register for link at https://beav.es/JT3