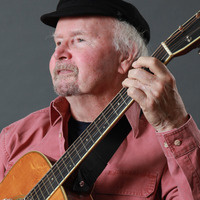 Tom Paxton has become a voice of his generation, addressing issues of injustice and inhumanity, laying bare the absurdities of modern culture and celebrating the tenderest bonds of family, friends, and community. In describing Tom Paxton’s influence on his fellow musicians, Pete Seeger has said:
“Tom’s songs have a way of sneaking up on you. You find yourself humming them, whistling them, and singing a verse to a friend. Like the songs of Woody Guthrie, they’re becoming part of America.” Pete goes on: “In a small village near Calcutta, in 1998, a villager who could not speak English sang me What Did You Learn In School Today? in Bengali! Tom Paxton’s songs are reaching around the world more than he is, or any of us could have realized. Keep on, Tom!” Guy Clark adds: “Thirty years ago Tom Paxton taught a generation of traditional folksingers that it was noble to write your own songs, and, like a good guitar, he just gets better with age.” Paxton has been an integral part of the songwriting and folk music community since the early 60’s Greenwich Village scene, and continues to be a primary influence on today’s “New Folk” performers. The Chicago native came to New York via Oklahoma, which he considers to be his home state. His family moved there in 1948, when Tom was 10 years old, and he graduated from Bristow High School and The University of Oklahoma, where he majored in drama while his interest in folk music grew and eventually predominated. Brought to New York courtesy of the US Army, Tom remained there following his discharge. His early success in Greenwich Village coffeehouses, such as The Gaslight and The Bitter End, led to an ever-increasing circle of work. Then in 1965 he made his first tour of the United Kingdom — the beginning of a still-thriving professional relationship that has included at least one tour in each of the succeeding years. He and his late wife, Midge, have two daughters, Jennifer and Kate. All three women have served as inspiration for many songs, and now three grandsons, Christopher, Sean, and Peter are adding to the sources of inspiration. He has performed thousands of concerts around the world in countries such as Australia, New Zealand, Japan, Hong Kong, Scandinavia, France, Italy, Belgium, Holland, England, Scotland, Ireland and Canada. That these fans still enjoy his work is a testament to the quality of his recent work, and to the enduring power of modern standards like The Last Thing On My Mind, Ramblin’ Boy, Bottle Of Wine, Whose Garden Was This?, Goin’ To The Zoo and The Marvelous Toy. Paxton’s songbooks, critically acclaimed children’s books (available from HarperCollins – see the page for children), award-winning children’s recordings, and a catalog of hundreds of songs (recorded by artists running the gamut from Willie Nelson to Placido Domingo), all serve to document Tom Paxton’s 40-year career.