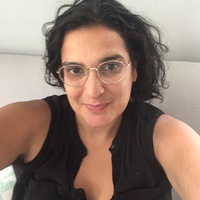 The Anthropology Lecture Series from the School of Language, Culture and Society presents "Conquistador Transportation and the Urban Commons: Resisting Gentrification in San Francisco" with guest lecture Dr. Manissa Maharawal from American University in Washington D.C.

Maharawal will discuss the movement to resist gentrification in the San Francisco Bay Area through a focus on transportation infrastructure and public space as sites of contestation and cooptation. By paying attention to activist strategies and actions--from bus blockades and street protests to counter-mapping--I analyze how the movement to resist gentrification in San Francisco was enacted through a defense of the urban commons against the colonizing logics of gentrification and tech-driven capitalism.

Free and open to all.