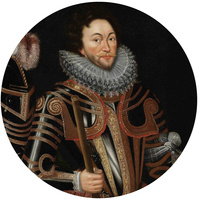 Melissa Darby, author of "Thunder Go North: The Hunt for Sir Francis Drake's Fair and Good Bay" will speak on Ethnographic & Linguistic Evidence of an Oregon Visit by Sir Francis Drake in 1579.

Sir Francis Drake was sent out by Queen Elizabeth I in 1577 on a mission to explore the west coast of America, to look for trade, harry the Spanish, capture their treasure, seek good lands to claim that were not previously claimed by Spain, and to reconnoiter for the western entrance of the Northwest Passage. Drake described the Native people he encountered on the coast, and his descriptions of the clothing, dwellings, canoes, baskets, and regalia of the people as well as some of the words they spoke seem to be describing people of the Northwest coast rather than the Miwok or Pomo of the San Francisco bay area.

Darby is a visiting research scholar in the department of anthropology at Portland State University, and is principal investigator and sole proprietor of the cultural resource management firm Lower Columbia Research & Archaeology LLC. Darby has worked for over forty years as an archaeologist and historian in the Northwest and is a noted authority on the ethnohistory, ethnobotany, and vernacular architecture of the Native people of western Oregon and Washington. Darby has been the on-call cultural resource specialist for Klickitat County Public Works Department since 2010.

Lecture available to OSU students and faculty in Strand Ag Rm. 163, or to the public via Zoom.