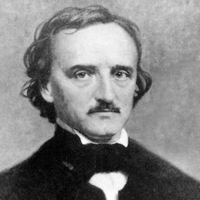 Auditions for Oregon State University Theatre’s Winter production of Nighfall with Edgar Allen Poe will be held December 2 at 6:00 pm in the Withycombe Lab Theatre on the Corvallis campus. Withycombe Hall is located at 30th and Campus Way.

Nightfall with Edgar Allan Poe combines some of Poe’s most famous works into a cohesive narrative that makes suggestions concerning Poe’s psychological state while he lived. Throughout this retelling, Poe writes his stories as his characters experience them.

Twelve roles will be played by five performers and auditions will emphasize the actors’ versatility. All the characters in this production can be played by any gender and all embody some level of mental instability.

Auditions are open to all OSU student, faculty, staff, and area community members and will consist of cold readings from the script. Scripts are available to check out in the Theatre Arts office in Withycombe Hall 145.

Performance dates for Nightfall will be Februrary 14-17 with tech and dress rehearsals February 9-13. All performers must be available for all tech rehearsals, performances, and strike following closing. Rehearsals will begin January 8 and generally run Sundays through Thursdays until tech week.

For questions concerning the audition or rehearsal process please contact the director, Lindsey Esch at eschl@oregonstate.edu

THE FALL OF THE HOUSE OF USHER

THE PIT AND THE PENDULUM