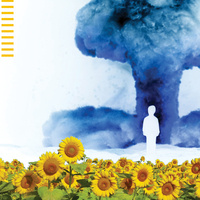 Back from Nuclear Brink: Prescription for Survival

Dr. Ira Helfand is a world leader in nuclear disarmament and health. He is affiliated with two Nobel Peace Prizes, as both a key member of ICAN (they received the Peace Prize in 2017 for their work on the Treaty on the Prevention of Nuclear War) and in 1985, as a key member of IPPNW. He has been a key part of two groups, the International Campaign to Abolish Nuclear Weapons (ICAN) and the International Physicians for Nuclear War (IPPNW). Each group received the Nobel Peace Prize, ICAN in 2017, and IPPNW in 1985. Dr. Helfand is co-chair of the national Physicians for Social Responsibility’s Nuclear Weapons Abolition Committee, as well as serving as Immediate Past President of PSR’s global parent organization, International Physicians for the Prevention of Nuclear War (IPPNW).