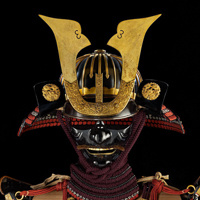 Captain John Saris and the First British Voyage to Japan, 1611-14

A talk by Richmond Barbour, Center research fellow and Professor of English Literature in the School of Writing, Literature, and Film.

John Saris, captain of the Clove, the first English ship to port in Japan, arrived there in 1613 on a trade mission for the East India Company at the dawn of global corporate expansion. Drawing on accounts from his journal manuscript, most of which remains unpublished, Barbour will recount Saris’s association with “Samurai William” Adams—another English sailor who became one of few Western samurai and served as inspiration for the blockbuster novel Shōgun. He'll also recount Saris’s dealings with Shōgun Ieyasu, reveal what led to the captain's scandalous downfall, and sketch the world of corporate discourse that informs his journal.

Richmond Barbour is Professor of English Literature in the School of Writing Literature, and Film and a 2019-20 fellow at the Center for the Humanities. His research interests range from Ben Jonson and London’s print culture, to the relations between England’s theatrical and maritime industries in Shakespeare’s day, to the birth of the London East India Company and the emergence of global corporate power. His books include Before Orientalism. London’s Theatre of the East, 1576-1626 (Cambridge University Press, 2003) and The Third Voyage Journals: Writing and Performance in the London East India Company, 1607-10 (Palgrave MacMillan, 2009). He is currently completing a scholarly edition of the Journal of Captain John Saris and a monograph on the East India Company’s first generation titled, The Loss of the “Trades Increase:” An Early Modern Corporate Catastrophe (forthcoming, University of Pennsylvania Press).

Organization
School of Writing, Literature, and Film, Center for the Humanities
Contact Name