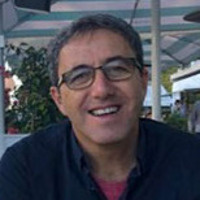 Climate Change and National Security for Jordan, Palestine, and Israel

The Middle East is considered a climate hotspot due to its natural water scarcity, social tensions, political conflicts, and ongoing immigration crisis. Over the coming century, Jordan, Palestine, and Israel are projected to experience a temperature rise of up to 4°C in some places; a general decrease in precipitation of 25 percent regionally and up to 40 percent locally; more frequent and intense extreme weather events such as droughts, flash floods, and forest fires; and expedited desertification.

Though the effects of climate change can already be observed, little has been done to develop a regional, integrated roadmap for climate-related national security in the region.

EcoPeaceMiddle East has held roundtables in Jordan, Palestine, and Israel to develop policy recommendations for addressing climate change in the region, resulting in this report. This forum will discuss the report’s scientific findings and recommendations to address the national security implications of this looming environmental crisis.

Gidon Bromberg co-founded EcoPeace Middle East in 1994 and has served as its Israeli Director for the past 23 years. Bromberg has written extensively on the relationship between water issues and Middle East peace and has presented before the United Nations, US Congress, and European Parliament. Bromberg, an attorney by profession, is an alumni of Monash University in Australia, American University, and Yale University's World Fellows program.