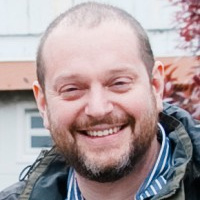 OSU's Spring Creek Project is partnering with the Mary's Peak Group of the Sierra Club to present the third annual Champinefu Lecture Series held at the Majestic Theatre.

The Kalapuya Text II project consists of interviews with last native-speaking Kalapuyas in the mid-Willamette Valley, translated by Jedd Schrock. As the linguist and author for the Confederated Tribes of the Grand Ronde, Jedd will share what he discovered about the Kalapuya at this event. The stories within this project have been passed down and will be released as a book, Kalapuya Texts II.

The upcoming events in the Champinefu Lecture Series include Tia Cody's thesis on The Kalapuya Mounds on November 6 and a presentation on Regional Indigenous Art led by Travis Stewart on December 11.

Every event in the series is free to attend. In previous years, the theatre has filled quickly, so you may want to arrive early.