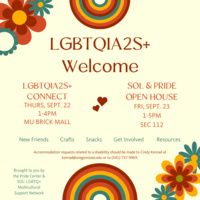 A lecture and hands-on training workshop on Self Defense,

Amaiya Zafar is a former, Muslim-American, female boxer who wanted to wear a hijab and leggings while boxing, but the USA Boxing and the International Boxing Association have decided it’s a violation of their uniform code. Thanks to her unwillingness to bend to the norms, Amaiya helped to push USA Boxing into giving her a religious exception to wear her hijab in 2017. Likewise, the International Boxing Association lifted the ban on female fighters wearing hijabs “should they want due to religious reasons". Amaiya holds an Associates degree in Exercise Science and Personal Training as well as Bachelor’s in Mental & Physical Health Development.

Dr. Yosof Wanly wears many hats. He holds a bachelor’s degree from OSU as well as a master’s and a doctorate degrees both in the sciences of narration from Al-Madinah International University. Dr. Yosof is a frequent lecturer at Salman Al Farsi Islamic Center in Corvallis, an assistant professor at Guidance College, a police Officer at Corvallis P.D., and Oregon Pound’s Brazilian Jiujitsu head instructor. A lifelong martial artist, a world competitive athlete, Mr.Wanly is Mentored by non-other than 10x Blackbelt Bjj world Champion Lucas Lepri.