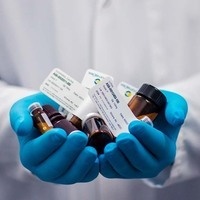 Epidemiological and geospatial profile of the prescription opioid crisis in the United States: Who is at risk and where?

Diego Cuadros, Ph.D., assistant professor of geography and disease modeling at the University of Cincinnati, will present “Epidemiological and geospatial profile of the prescription opioid crisis in the United States: Who is at risk and where?” Co-sponsored by the CPHHS Biostatistics Program.

Diego's research interests focus on exploring the variation in HIV infectious spread generated by biological cofactors across individuals and populations, and how this variation would help us to better understand the natural history of HIV and epidemic typology with emphasis on sub-Saharan Africa. His research is conducted through mathematical and statistical analyses focusing on measuring the effect of malaria on HIV prevalence; studying the effect on the HIV epidemic of population level variations generated by the structure of sexual networks and sexually transmitted co-infections; and describing the individual-level variations in HIV infectiousness generated by the host immune response in presence of co-infections.