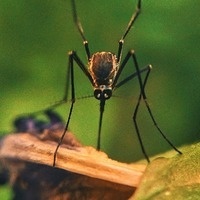 An Implementer’s Perspective on Malaria Prevention, Control and Pre-Elimination Efforts in Sub-Saharan Africa.

Prior to this position, Mr. Longman served as Chief of Party for the PMI AIRS Project in Kenya where he led the implementation of indoor residual spraying (IRS) for malaria disease control. Working in close collaboration with local governments and the National Malaria Control Program, the project protected 2+ million Kenyans annually from malaria while collecting entomological and health facility data. Using this data, the project advised the Ministry of Health and other stakeholders about effective malaria pre-elimination strategies in Kenya, including combining IRS with continuous mosquito net distribution, mass drug administration and malaria vaccine trials. While in Kenya, Mr. Longman also worked with UNHCR and The Global Fund to expand malaria surveillance and vector control in refugee camps. For his work in Kenya, he won Abt Associates’ 2018 President’s Award for Outstanding Operational Leadership.

He holds his M.B.A. from Johns Hopkins University and B.A. from the University of Virginia.