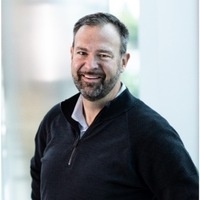 From a Grain of Sand to a (Quantum) Bit of Information

Abstract
A large scale quantum computer could change the world. Performing certain calculations in minutes that would take the largest supercomputer millions of years. The impact to applications such as cryptography, chemistry, finance, etc would be huge. Today’s quantum processors are limited to 10’s of entangled quantum bits. If you believe the hype, a commercially relevant system is just around the corner that can outperform our largest supercomputers for useful calculations. The reality, however, is that we are still early in the race. There are many unanswered fundamental questions. At Intel, our approach is to rely on the continued evolution of Moore’s Law to build qubit arrays with a high degree of process control. Here, we present progress toward the realization of a 300mm Si/SiGe based spin qubit device in a production environment. A spin qubit relies on the spin of a single electron in an external magnetic field to encode the two states of the qubit, where spin up vs down represent 0 vs 1. Spin Qubits are compelling as their appearance and fabrication is similar to conventional CMOS transistors that drive the microelectronics industry. At the same time, they are roughly one million time smaller than the superconducting qubits that are being pursued by other companies. In addition, this talk will focus on a key bottleneck to moving beyond today’s few-qubit devices: the interconnect scheme and control of a large quantum circuit. Today’s qubits have personalities. Individual control of each qubit is required. A small quantum processor today has multiple RF and DC wires per qubit. This is a brute force approach to wiring and will not scale to the millions of qubits needed for large applications. At Intel, we have developed customized control chips, optimized for performance at low temperature, with a goal of simplifying wiring and replacing the racks and racks of discrete electrical components.

Speaker Biography
Jim Clarke is the director of the Quantum Hardware research group within Intel’s Components Research Organization. Jim launched Intel’s Quantum Computing effort in 2015, as well as a research partnership with QuTech (TU Delft and TNO). His group’s primary focus is to use Intel’s process expertise to develop scalable qubit arrays. In 2018, Jim worked with industry leaders and the Intel policy group to influence the U.S. National Quantum Initiative Act. Prior to his current role, Jim managed a group focused on interconnect research at advanced technology nodes as well as evaluating new materials and paradigms for interconnect performance. He has co-authored more than 100 papers and has over 50 patents. Prior to joining Intel in 2001, Jim completed a B.S. in chemistry at Indiana University, a Ph.D. in physical chemistry at Harvard University and a post-doctoral fellowship in physical organic chemistry at ETH, Zürich. He is a member of IEEE.