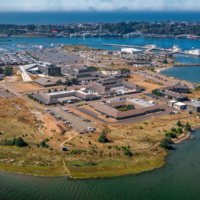 Topic: From pinniped diets to aging dolphins: one postdoc's path in marine ecology, so far

Pinnipeds (seals and sea lions) are ubiquitous predators in the ecosystems they inhabit, and studies of their ecology have indicated they are sentinels of ecosystem change. Given the recovery of many species after exploitation and their largely coastal distributions in the US, pinnipeds also come into frequent contact with humans as they repopulate historical habitats and pursue similar prey resources. In this talk I'll share some of my previous and current research studying marine mammal ecology across the country and highlight how these works have led into the next project. Multiple complementary approaches used to study the diet of a recovering gray seal population revealed that they have a species-rich diet and demonstrate how these approaches can overcome method-specific limitations. Seal diet composition was dominated by taxa with little to no value relative to commercial fisheries catches in Massachusetts waters. Using 25 years of tracking, demographic and diet data, we found that reproductive success and survival of female northern elephant seals was strongly related to mass gain from foraging trips, but not other behavioral aspects of foraging. Small changes in mass gain also led to substantially increased reproductive success and longevity, which highlights the sensitivity of populations to small decreases in foraging success. I'll conclude by discussing my current research at OSU, where I am using DNA methylation data to age cetaceans of conservation concern and highlight some preliminary work aging endangered Hector's and Māui dolphins in New Zealand.