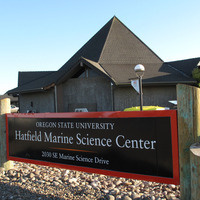 A primary conduit for coastal adaptation to climate change on private land is the hardening, or armoring, of the shoreline for protection against the effects of erosion and sea-level rise (SLR). When such decisions are made at the parcel-level, there is potential for spatial spillovers, including externalities due to deflected wave action and peer effects. We provide empirical evidence from a correlated random effects model using a panel of parcel-level data from 1990 - 2015 in Oregon that suggests the impacts of spatial spillovers are highly influential determinants of the armoring decision. Our simulation results show that economic models excluding spatial spillovers may under-predict future armoring by 66 percent. From scenario-based simulations, we find a 5.2 percent increase in armoring due to SLR within four decades. We then demonstrate the primacy of policy, as a combination of SLR and removing the current policy that limits armoring has potential to significantly increase future armoring by 70 percent.