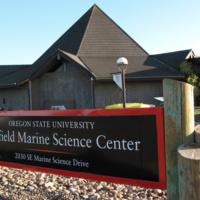 This talk will describe the new The Yakona Nature Preserve on the south side of Yaquina Bay.  In 2012, Bill and JoAnn Barton began realizing their dream of purchasing land to develop public green space on Yaquina Bay.  In the ensuing years they’ve acquired over 170 acres on a large peninsula rich in history and wildlife with shoreline along King Slough, Yaquina Bay, and the Yaquina River.  One small estuary has been enhanced; over three miles of trails and two small bridges have been completed; and construction has begun on a third bridge.  Future plans include rehabilitation of culverts, installing a kayak landing and building a barrier-free trail. Yakona Nature Preserve was granted 501(c)3 non profit status in July 2018 and will be open to the public within five years.  See https://www.yakonaoregon.org/ for more information.