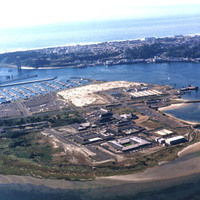 Topic: Genetic adaptive evolution of a non-target amphipod in response to pesticide pollution.

Anthropogenic pollution is a global problem. Risks to non-target organisms posed by chemicals are often assessed with short (acute) and longer term (chronic) toxicity tests measured within a single generation. However, the emerging field of evolutionary toxicology focuses on the impact of pollutants on the genetics of populations to gain a more comprehensive understanding of the far-reaching effects that pollution may have on wild populations across generations. Despite the exposure of wild populations to many chemicals, such as pesticides and effluents, examples of evolutionary responses to contaminants have been historically difficult to identify in the field. This prohibits the regular incorporation of evolutionary toxicology endpoints in ecological risk assessment decisions. Here, we present a case study of a non-target amphipod, Hyalella azteca, and its rapid, repeated genetic adaptive evolution to two classes of insecticides: the pyrethroids and the organophosphates. Further, we incorporate pesticide and land use datasets to search for resistance in novel H. aztecapopulations and model resistance on a greater scale. The repeated insecticide resistance in H. azteca provides a model system for the growing field of evolutionary toxicology and has implications for ecological risk assessment. I will also present preliminary results from current work that uses a different approach, studying the epigenetic tags laid down on DNA that may influence adaptation and evolution.