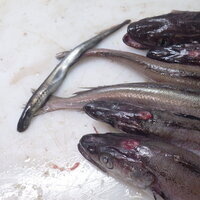 Building Bogoslof: The Tale of a Surtseyan Eruption

In December 2016, Bogoslof volcano unexpectedly began erupting for the first time in 24 years. The small Bogoslof Island, the summit of a large seamount located in the central Aleutian Islands of Alaska, changed significantly in morphology from both the 8.5-month-long eruption and subsequent erosion. Ash and gas plumes up to 40,000 ft and other volcanic activity posed a hazard for passing aircraft, ships, and wildlife. The eruption was recorded by regional seismic networks, infrasound arrays, and a local hydrophone as well as by satellites and occasional observations from aircraft, ships, or nearby islands, making it possibly the best geophysically recorded Surtseyan (island-building) eruption ever.