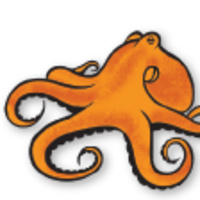 Ostreid Herpesvirus-1 (OsHV-1) has led to the collapse of Pacific oyster (Crassostrea gigas) farms in Europe and Australia. Its virulence there can be attributed to its evolution from a weaker strain of the virus and seawater temperature favorable for mortality. On the West Coast, Tomales Bay in California has regular mortalities attributable to the weaker strain of OsHV-1. The virus has not been detected in any other West Coast bays. Fear of OsHV-1 spreading from Tomales Bay, Europe, and Australia to major oyster-growing bays on the West Coast has led industry to ask for the availability of resistant oysters. In 2018, laboratory and field trials were conducted to test 70 biparental oyster families for their survival against the Tomales Bay and French OsHV-1 strains. Heritable genetic variation in survival was found for both strains with a pedigree analysis, but survival for one strain was not correlated to survival for the other strain. Thus, while genetic selection for resistance is possible, selection will have to be applied independently to both strains. We estimate it will take approximately five years to obtain resistant oysters that can be given to industry for seed amplification. In order to speed up selection in the future, we plan to select for genetic loci correlated to survival, which will allow for within-family selection in addition to between-family selection.