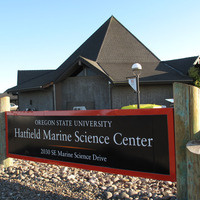 Topic: Friends and Enemies – how biotic interactions shape the evolution of marine bivalves

The enormous biodiversity on earth is crucial to our highly interdependent ecosystem. It is composed of not only diverse organisms, but also complex interactions among them. In this talk, I use three examples to illustrate how biotic interactions impact marine bivalve evolution. The first example involves the bivalve superfamily Galeommatoidea. It is composed of small clams living commensally with other marine invertebrates. Meta-analysis showed that this symbiotic lifestyle is highly associated with habitat shifts and specialization. The second example uses the family Limidae to investigated predator-prey interactions. Members of this family exhibit unusual bright colorations and morphologies. Behavioral and metabolomics analysis demonstrated that the colorful tissues are used for chemical defense. Therefore, the evolution of these phenotypes is likely driven by predation pressure. The last example investigates the evolution of mutualistic associations between bivalve hosts and marine algae. Phylotranscriptomic study showed that obligate photosymbioses evolved twice in marine bivalves and drove the evolution of diverse morphological adaptations. Overall, these case studies highlight that species interactions such as predation and mutualism have profound influences on organismal evolution.