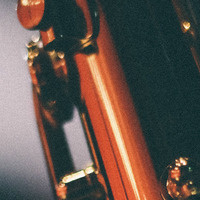 Inside the Musician's Studio with Timothy McAllister

Email Dr. Erik Leung (erik.leung@oregonstate.edu) for more information on how to join the event.

Soprano chair of the renowned PRISM Quartet and internationally-acclaimed soloist, TIMOTHY McALLISTER has been hailed as a “virtuoso…one of the foremost saxophonists of his generation” (The New York Times), an “exemplary soloist” (Gramophone Magazine), and “a titan of contemporary music and the instrument, in general” (The Cleveland Plain Dealer). Since his solo debut at age sixteen with the Houston Civic Symphony, his career has taken him throughout the United States, Australia, Russia, Canada, Japan, China, Mexico, France, Slovenia, Switzerland, Great Britain, The Netherlands, Belgium, and Austria, garnering prizes at many prestigious national and international competitions, with solo performances in such venues as Prince Royal Albert Hall in London, the Sydney Opera House, Carnegie Hall’s Isaac Stern Auditorium, Zankel Hall and Weill Recital Hall, Boston’s Jordan Hall, Hong Kong Cultural Centre, Los Angeles’ Walt Disney Concert Hall, Sumida Triphony Hall in Tokyo, Dallas’ Meyerson Symphony Center, and the Concertgebouw in Amsterdam.

A dedicated teacher, McAllister was appointed Associate Professor of Saxophone at The University of Michigan School of Music, Theatre and Dance, in 2014 following the legacies of Larry Teal and Donald Sinta, after holding the same post at Northwestern University, succeeding the legendary Frederick Hemke, and serving as Co-Director of the inaugural Institute for New Music from 2012-2015. Other faculty positions have included Arizona State University’s Herberger Institute School of Music, The University of Arizona School of Music, and SUNY Potsdam’s Crane School of Music. He spends his summers as a distinguished Valade Fellow/Instructor of Saxophone for the Interlochen Center for the Arts. He has given clinics and recitals at many of the nation’s elite universities and conservatories, and in 2003, he was invited by French virtuoso Claude Delangle to serve as a Guest Professor at the famed Conservatoire National Superieur de Musique in Paris. In 2013, he was a co-founding faculty member of the annual American Saxophone Academy first convened at the Eastman School of Music, and he is the first American saxophonist to serve as an instructor at the European University for Saxophone in Gap, France in 2015. He holds regular summer workshops at the Arosa (Switzerland) and Orford (Quebec, Canada) Music Academies and for the University of Michigan MPulse Program. In 2018, he was appointed to the Royal Northern College of Music (RNCM), Manchester UK, as International Visiting Tutor in Saxophone.

He holds the Doctor of Musical Arts and other degrees in music education, conducting and performance from The University of Michigan where he studied saxophone with Donald Sinta and conducting with H. Robert Reynolds. He is the only saxophonist to ever receive the School of Music’s most distinguished performance award—the Albert A. Stanley Medal. Alongside composer Derek Bermel, acclaimed countertenor David Daniels, tenor Nicholas Phan and New York Metropolitan Opera coach Howard Watkins, McAllister has been honored with the Paul C. Boylan Award from the Michigan School of Music Alumni Society for his significant contributions to the field of music. Alongside his PRISM colleagues, he received the inaugural Christopher Kendall Alumni Award, bestowed upon chamber groups or individuals who have demonstrated great achievement in performance, outreach, innovation and entrepreneurship.