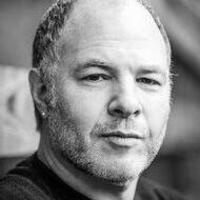 Internationally renowned for his influential work in gender violence prevention and critical media literacy. He co-founded the Mentors in Violence Prevention program at Northeastern University’s Center for the Study of Sport in Society in 1993, which pioneered a mixed-gender, multiracial, bystander approach that has been widely implemented in sexual and relationship abuse prevention programs. Katz and his colleagues have been centrally involved in the development of system-wide bystander intervention training in the U.S. Air Force and Navy. He speaks extensively in the U.S. and around the world on violence, media and multiracial, multinational masculinities topics.

Katz will be giving a talk on Tuesday, October 22nd to the Oregon State University campus and community. Dr. Katz's presentation is part of (Re)Vision Week, a week full of events at OSU focused on shifting norms around college drinking and sexual violence.