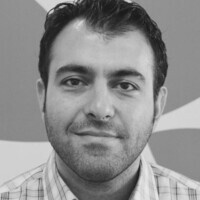 Ben is vice president and general manager of the Butterfleye group at Ooma. Previously Ben was the founder and CEO of Butterfleye, which introduced a smart video camera for home monitoring, built on a platform of innovative imaging, video, and audio technology powered by machine learning and advanced cloud-based intelligence. He led Butterfleye from the start, through shipment of thousands of products globally, securing multiple round of funding from notable Silicon Valley institutions and angel investors, through the acquisition by Ooma in December 2017.

Prior to Ooma and Butterfleye, Ben held various engineering and product management roles at Texas Instruments, Maxim Integrated Products, Intel and InFocus. He has been recognized as a “Change Agent” by USA Today, and has written and published technical articles on audio and video engineering throughout his career.