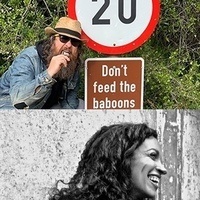 The School of Writing, Literature, and Film hosts its Literary Northwest Series with Walt Moore and Ashley Toliver. Both authors will be giving a reading with a Q&A to follow.

Ashley Toliver is the author of Spectra (Coffee House Press), a finalist for the 2018 Believer Book Awards. She teaches poetry at the The Attic Institute in southeast Portland and serves as poetry editor at Moss. A Journal of the Pacific Northwest. Her work has been supported by fellowships from Oregon Literary Arts, the Cave Canem Foundation, and the Academy of American Poets. She received her MFA from Brown University in 2013.

Dr. Walter Morre or "Walt” has published his weirdo stories and off poems in various newspapers and literary journals, and was the recipient of the Bearwolf Outstanding Writing Award (2010) and Ezhno Martin Poetry Prize (2018). His book of poems, my lungs are a dive bar was released in the spring of 2019 by EMP Books. Owen Egerton writes of this collection, “Hilarious, painful, and outrageous—often in the same phrase. Drawing from overheard fist fights, willfully eschewed observations, and half-a-lifetime of wrong turns turned right, Walter Moore crafts nail-sharp poems and prose explosions with a kind of screaming, laughing brilliance that is not to be missed. These pages will slap your eyes until everything you see shines.” Walt holds a B.A. in English from DePauw University (2000), an M.F.A. in Creative Writing from Texas State University (2005), and a Ph.D. in American Studies from Purdue University (2015). He teaches in the School of Writing, Literature, and Film at Oregon State University, and he has never fed a baboon.