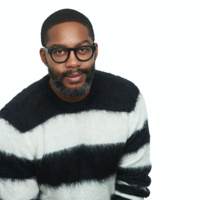 Award-winning and critically acclaimed author Mitchell S. Jackson is a native of Portland, Oregon. Jackson’s work explores his hometown, including the systemic forces that shaped his community, his family, and his early life. That exploration began with a novel titled The Residue Years—a book that announced Jackson as a bright new voice in literary fiction.
Sponsored by the History Program, Anonymous Donors, School of Writing, Literature and Film and the College of Liberal Arts.

For more information and links to his books: https://creativewriting.uchicago.edu/people/mitchell-s-jackson and https://www.mitchellsjackson.com