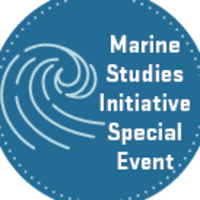 Join the Marine Studies Initiative and take a look at research, scholarship and community collaborations that help shape our marine habitats.

We invite you to join us on Thursday, August 13th at 6:00 PM for a special virtual screening and panel brought to the South-Central Oregon Coast and beyond.

This evening event will feature a screening of Oregon State Productions’ “Heceta Bank: Oregon’s Hidden Wonder” followed by a panel discussion and Q&A.

About: Hidden below the surface, 35 miles offshore from Cape Perpetua, there is a submerged feature that has a huge impact on Oregon’s coastal habitats. This is a story of one of the least known but most important natural features on the West Coast.

The little-known Heceta Bank is one of the most productive areas on the Oregon coast and a hotspot for biological productivity due to its position and the influence of northern coastal currents in summers.

Join OSU marine scientists and other experts to screen a new, short documentary featuring the submerged bank, located 35 miles off the Oregon coast, and learn about the surprising and beneficial impacts it has on our state’s coastal environments.

Production by Connect Central Oregon, a collaborative program with the OSU-Cascades Innovation Co-Lab.