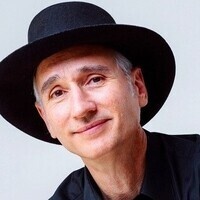 Composer, performer and cello innovator, Gideon Freudmann will give a 30 min. Facebook Live performance on the Music a la Carte Facebook page.

The Music à la Carte Facebook page can be found at: https://beav.es/4Ns. Facebook Live events are free to view.

Freudmann's music is sweet, soulful, playful and inventive. He writes music for film, theater and dance and has recorded 21 CDs. He is a founding member of the Portland Cello Project, a TEDtalk speaker, contributor to NPR and This American Life, has performed in Europe, Australia and Taiwan. His music comes to life in front of an audience (live and virtual) where he delves in to adventurous improvisations along with classical music and his layered, nuanced tunes. More about Freudmann can be found at www.cellobop.com.

Additional performances will be announced as they are scheduled.