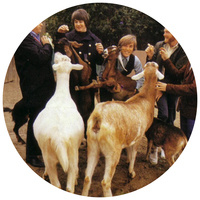 Album Club returns this fall in the remote meeting format to safely and conveniently connect campus and community in listening to and discussing some of the greatest music albums of all time. Join our host, OSU Director of Popular Music and Performing Arts Bob Santelli as we listen to and delve deep into the story of The Beach Boys 11th studio album, "Pet Sounds," on Tuesday, October 12 at 7 p.m. via Zoom.

Pet Sounds was hailed by critics and reached number two on the Top 40 Albums Chart, where it remained in the top ten for six months.

Composed and produced almost entirely by Beach Boy Brian Wilson, the album incorporates elements of pop, jazz, classical, exotica and avant-garde, garnering recognition as a more ambitious and sophisticated project for the band, due to the inclusion of instruments never before associated with rock, its emotional lyric content featuring contributions by guest lyricist Tony Asher, and its unprecedented production cost.

Join the discussion to find out how Pet Sound revolutionized the field of music production, the role of producers within the music industry, and more, as we listen to one of most influential albums in American music history. Album club is free and all are welcome. Registration is required for link to participate.