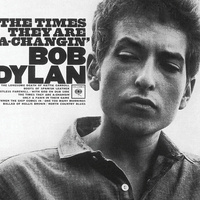 OSU Album Club: The Times They Are a-Changin' by Bob Dylan

Oregon State's Director of Popular Music and Performing Arts/Rock Historian Bob Santelli, hosts the OSU Album Club. It's like a book club, only we listen to and discuss the greatest pop and rock albums of all time.

On Tuesday, May 4, Bob will discuss "The Times They Are a-Changin'," Bob Dylan's third studio album, released by Columbia Records on Jan. 13, 1964. The quintessential American folk album, The Times They Are a-Changin' is a collection of simply-arranged ballads about racism, poverty and social justice. The album peaked at No. 20 on the U.S. pop charts, eventually going gold, and later reached No. 4 in the U.K.

The title track of the album, written as a deliberate attempt to create an anthem of change during a time when the folk music movement and the civil rights movement were very intertwined, is one of Dylan's most famous and often covered songs to this day.

Join host Bob Santelli and OSU Student Tom Mahler in listening to and delving deeper into the inspiration for and history of this classic album by probably the best-known American singer-songwriter.