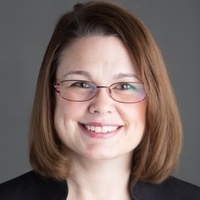 Policy work with a focus on people with disabilities, children and women

Sara Gelser was sworn into the Oregon House in 2005 and was elected to the Oregon State Senate in 2014. Before that, she earned her master’s degree and her Beaver stripes at OSU.

With many bright years still ahead in her political career, Sara has already made immense strides in policy transformation that protects the rights and welfare of Oregon’s women, children and people with disabilities. In 2017, she was named one of Time Magazine’s “Person of the Year” Silence Breakers and has been recognized for her policy transformation by the Portland City Club, Oregon Center for Women’s Leadership and National Crime Victim Law Institute.

Hear from Sara in the Changemakers live webcast series, when College of Liberal Arts Professor Susan Shaw sits down for a conversation with the senator on Nov. 23 at 5 p.m.