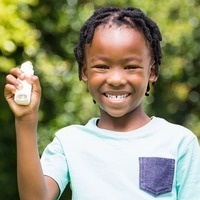 “Reductions in air pollution and emergency room visits among patients with asthma or COPD due to California’s goods movement policies: A quasi-experimental study” will be presented by Ying-Ying Meng, director of research at the UCLA Center for Health Policy Research, in HFC 115 and via Zoom.

Co-sponsored by the CPHHS biostatistics program.

Learn more about upcoming and past seminars.

Meng has focused her research on access to care and quality of care with a particular emphasis on racial/ethnic minorities and those who are chronically ill. She has been a principal investigator for several multi-year epidemiologic studies on asthma and air pollution and a lead evaluator for intervention projects funded by federal and state agencies. Meng has led and published research in scholarly publications that include studies with cutting-edge methodology, such as hierarchical models, small-area estimations, and geographic information systems for health service research. As co-director of the Chronic Disease Program, Meng has established the Center as a recognized source of important analysis of population-based data to understand the relationship between physical and social environments and chronic disease morbidity.

Prior to joining the Center, Meng was the vice president of Wildflowers Institute. She worked as a senior researcher in the Quality Initiatives Division of Foundation Health Systems and as the director of programs at the Association of Asian Pacific Community Health Organizations. She also provided consultations to private, government, and international agencies. Meng received special awards for her work, including the Kellogg Health Fellow and World Health Organization Fellow.

Meng has doctoral and master’s degrees in health policy and administration from the University of California, Berkeley. She received her undergraduate education in English and literature from Fudan University and completed Chinese traditional medicine and Western medicine coursework in Shanghai, China.