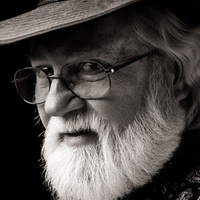 In Magdalena Mountain, Robert Michael Pyle’s first and long-awaited novel, the award-winning naturalist proves he is as at home in an imagined landscape as he is in the natural one.

At the center of this story of majesty and high mountain magic are three Magdalenas—Mary, a woman whose uncertain journey opens the book; Magdalena Mountain, shrouded in mystery and menace; and the all-black Magdalena alpine butterfly, the most elusive of several rare and beautiful species found on the mountain.

Bob Pyle is a lepidopterist and a professional writer who has published 13 books and hundreds of papers, essays, stories, and poems. His acclaimed 1987 book Wintergreen describing the devastation caused by unrestrained logging in Washington’s Willapa Hills near his adopted home was the winner of the 1987 John Burroughs Medal for Distinguished Nature Writing. Other titles include Where Bigfoot Walks: Crossing the Dark Divide, Chasing Monarchs, and Sky Time in Gray’s River: Living for Keeps in a Forgotten Place, for which he won the 2007 National Outdoor Book Award. In 2011, he won the Washington State Book Award in the biography/memoir category for The Mariposa Road: The First Butterfly Big Year.

This event is free and open to the public. Grass Roots Books & Music will have books available for purchase, and there will be a book signing by the author following his reading.