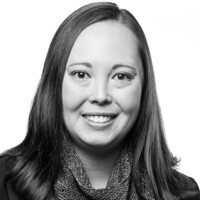 Companies are coming for your brains! The electricity in your brains, to be more precise. Valve, Facebook, Elon Musk and more are funding research into technologies that will translate neural information into controls for devices like computers, smartphones, and VR/AR environments. When certain kinds of neural signals (Event Related Potentials) are coupled with the stimuli that generated them, it becomes possible to show unique stimuli to elicit responses that can divulge private information: who you know, where you live, and more. The existing literature on the Guilty Knowledge Test as well as P300 speller demonstrate how robust this effect is, but the risk of this kind of targeted attack is a largely novel field of study. Prior results and current research will be presented as part of this talk.

There is also the issue of what happens when you provide your neural signals to a company. If you’re worried about what Facebook is doing with your information now, imagine what they can do when they have hours of information straight from your brain. If neural data is treated the same as your DNA, can commercial companies become the owners of your thoughts? From an ethics perspective, do users perceive information lost via neural elicitation as a greater threat to privacy than other means of information loss? These kinds of questions and more are starting to surface with neurally-controlled devices, and more broadly other emerging technologies.

Bio
Katherine Pratt received her B.S. in aerospace engineering from MIT in 2008, where she received the MIT Women’s League Laya Weisner Award for public service to the university, and the MIT Aero/Astro James Means Memorial Award for Space Systems Engineering. After graduation, she served four years in the United States Air Force, working primarily as an operational flight test engineer on the F-35 Joint Strike Fighter. She is expected to graduate in June of 2019 with her PhD in Electrical and Computer Engineering (ECE) from the University of Washington (UW). Her work focuses on the privacy, ethics, and policy of neural data. She is the recipient of a National Science Foundation Graduate Research Fellowship and the 2018-19 UW ECE Irene Peden Endowed Fellowship. She has interned with the ACLU of Washington through the Speech, Privacy, and Technology Project, and recently completed a six month fellowship as the first Congressional Innovation Fellow through TechCongress. In addition to research Katherine balances several extracurricular activities. She is passionate about getting younger students, especially girls and minorities, interested in science and technology. She is also the co-founder and chief outreach officer of the non-profit Minority Veterans of America.