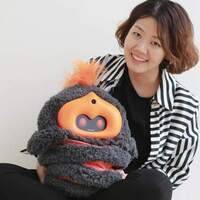 In this talk, I’d like to engage our community to question whether robots need socio-emotive intelligence. To answer this question though, we need to first think about a new dimension of evaluating AI algorithms and systems that we build - measuring their impact on people’s lives in the real-world contexts. I will highlight a number of provocative research findings from our recent long-term deployment of social robots in schools, homes, and older adult living communities. We employ an affective reinforcement learning approach to personalize robot’s actions to modulate each user’s engagement and maximize the interaction benefit. The robot observes users’ verbal and nonverbal affective cues to understand the user state and to receive feedback on its actions. Our results show that the interaction with a robot companion influences users’ beliefs, learning, and how they interact with others. The affective personalization boosts these effects and helps sustain long-term engagement. During our deployment studies, we observed that people treat and interact with artificial agents as social partners and catalysts. We also learned that the effect of the interaction strongly correlates to the social relational bonding the user has built with the robot. So, to answer the question “does a robot need socio-emotive intelligence,” I argue that we should only draw conclusions based on what impact it has on the people living with it - is it helping us flourish in the direction that we want to thrive?

Bio
Hae Won Park is a Research Scientist at MIT Media Lab and a Principal Investigator of the Social Robot Companions Program. Her research focuses on socioemotive AI and personalization of social robots that support long-term interaction and relationship between users and their robot companions. Her work spans a range of applications including education for young children and wellbeing benefits for older adults. Her research has been published at top robotics and AI venues and has received awards for best paper (HRI 2017), innovative robot applications (ICRA 2013), and pecha-kucha presentation (ICRA 2014). Hae Won received her PhD from Georgia Tech in 2014, at which time she also co-founded Zyrobotics, an assistive education robotics startup that was recognized as the best 2015 US robotics startup by Robohub and was the finalist of the Intel Innovation Award.