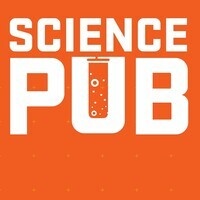 Science Pub - From Extinction to Recovery

From Extinction to Recovery:

Bringing golden paintbrush back from the brink in Western prairies

Last documented in the wild in Oregon in 1938, golden paintbrush (Castilleja levisecta) was apparently extirpated from Oregon through agriculture, urban development and habitat invasion by exotic weeds. A few small populations remain in Washington and British Columbia, but even these have been in decline in recent years. The species was listed as Threatened by the federal government in 2000, and in 2004 became one of the first plants in the country to have a reintroduction plan. Since 2010, the Institute for Applied Ecology has teamed with the US Fish and Wildlife Service to reintroduce this iconic prairie plant to western Oregon grasslands in an attempt to bring it back to the state, and in the process contribute to its full recovery and potential removal from the threatened species list.

This process has faced many challenges, including the need to restore habitat for the species in the process and unravel its basic biology, from seed germination to its parasitic relationships with host plants through root-to-root connections. This presentation will provide a tour of the history of the species in Oregon, review research breakthroughs, and a summary of reintroduction and habitat conservation successes (and failures) in Oregon and rangewide. The story of golden paintbrush and its science-based comeback will brighten your day!

Sponsors of the OSU Science Pub include OSU and OSU-Cascades, with production by Connect Central Oregon, a collaborative program with the OSU-Cascades Innovation Co-Lab.