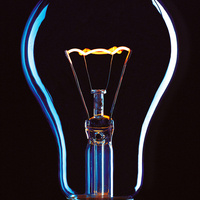 Event Description:
Why are some citizens in developed countries, such as the United States, less trusting of science, expert scientific consensus and government? Why do they instead prioritize their ideological values?

Using examples from high-stakes policy debates centered on hot-button controversies such as climate change, immunization and stem cell research, Wolters and Steel document the many reasons policymakers decline to take science into account when making decisions that affect the general population.

In addition, their research identifies the propensity of both liberals and conservatives to ignore scientific consensus when it diverges from their ideological positions. Possible approaches for overcoming this divide in policy will also be presented for discussion.

Sponsors of the OSU Science Pub include OSU and OSU-Cascades, and OMSI, with production by Connect Central Oregon, a collaborative program with the OSU-Cascades Innovation Co-Lab.