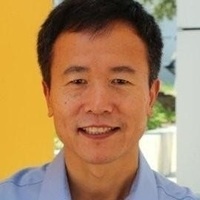 Binghui (Bing) Li is currently a Technology Integration Manager at Shell. Bing joined Shell about 20 years ago as an engineer and has taken several senior roles before his current position. He grew up in China and later received a scholarship to obtain a PhD in Chemical Engineering at Tulane University.

As a Chinese American professional in the world-leading oil and petrochemical company, Bing will be sharing his experience about how to start your career after college as well as overcome the social barriers (e.g. cultural, languages) for Asian heritage students at Oregon State University.