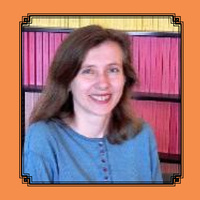 Many environmental data sets may be considered as functional data. For example each balloon-based flight of an ozonesonde, provides measurements of the altitude-dependent ozone partial pressure profile as the sonde ascends through the atmosphere. A sequence of sonde launches provides observations from a time series of ozone partial pressure "curves", with each curve a function of altitude. The shape of these curves evolves over time in response to complex dynamical and chemical processes. I present a functional data analysis study of altitude-dependent non-linear time trends in stratospheric ozone, based on a time series of ozonesonde flights from Hohenpeissenberg in Germany. I also investigate two specific modes of ozone variability, namely the Quasi-Biennial Oscillation and solar cycle. Due to the large number of observations, this analysis combines dimension reducing functional basis approximations, with flexible spline-based additive models on the low-dimensional basis function coefficient scale. In the second part of my talk, I discuss data quality issues raised during the first trend study, and ongoing work towards incorporating unknown data biases and uncertainties into the trend studies. Stratospheric ozone is measured by several categories of instruments, operating on different space-time resolutions and sampling schemes (including satellite, surface-based and sonde instruments). Each instrument exhibits its own measurement error and bias processes. Sonde measurements frequently are pre-processed according to scientific beliefs or approximations of the instrument biases, before being provided to the broader atmospheric science community for further studies (such as trend estimation). For many ozonesondes, such as those we initially analyzed, pre-processing included a controversial data-adjustment step aimed at improving agreement of the ozonesonde records with measurements from another instrument operating on a different spatial scale. I describe the step that was taken for the data we initially analyzed, namely a simple  flight-specific scalar multiplication of the sonde observations. Motivated by this, I present subsequent research with Eduardo Montoya (Cal State Bakersfield) to estimate an altitude-dependent bias profile through a constrained functional linear model with a scalar response and functional explanatory variable. I briefly discuss estimation challenges in this model.