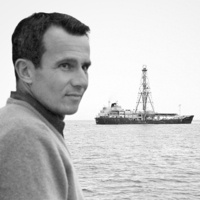 The Humanities...at a Land-Grant University?

OSU President Emeritus John Byrne will read from his new memoir, Undercurrents: From Oceanographer to University President (OSU Press, 2018), and discuss the history of the humanities and liberal arts at Oregon State University.

Byrne was instrumental in establishing the Center for the Humanities in 1981. The endowment boosted by his efforts was matched by a Challenge Grant from the National Endowment for the Humanities—the first award of its kind presented to a land grant university. And his work securing grants from the Autzen Foundation led to the acquisition of a permanent home for the Center, the Autzen House, where he retains an office.

"He came to Oregon State in 1960 as a faculty member, later becoming department chair, dean, director of the Hatfield Marine Science Center, and vice president for Research and Graduate Studies. Along the way, he took leave from the university to serve the US government, first as a program director for oceanography at the National Science Foundation, and later as the administrator of the National Oceanic and Atmospheric Administration, before returning to OSU in 1984 as its twelfth president. . . .

While focusing on his professional career, Byrne’s memoir also shares personal stories of a childhood and youth shaped by the Great Depression and World War II. Undercurrents demonstrates on every page the curiosity, intellect, and humanity that made John Byrne successful as a scientist, educator, and administrator."