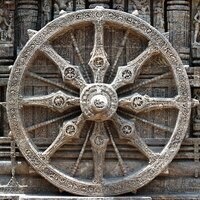 The Yoga of the Buddhist Noble Eightfold Path

Stuart Sarbacker, associate professor of comparative religion and Indian philosophy in OSU's School of History, Philosophy, and Religion, will discuss his new research project at the Center for the Humanities.

Sarbacker's work is centered on the relationships between the religious and philosophical traditions of Hinduism, Buddhism, and Jainism. He received his Ph.D from the University of Wisconsin and has performed fieldwork and institutional study in India and Nepal. He is a founding member of hte American Academy of Religion's Yoga in Theory and Practice Group, and is currently serving as co-chair of the American Academy of Religion's Mysticism Group as well as co-convener of the Yoga section of the International Association of Sanskrit Studies for the World Sanskrit Conference..