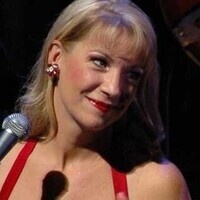 THIS EVENT HAS BEEN CANCELED.

Shirley Andress is back to present a second round of her tribute to Barbra Streisand in her cabaret show, Bon Soir. Staged and choreographed by Richard Jessup, My Name Is Barbra is a theatrical event telling the story of a 17-year-old girl’s journey to stardom. Shirley traces Barbra’s story through the New York City club scene to Broadway and beyond. Shirley will present Streisand’s playlists from her club gigs, TV appearances, Concerts and Broadway shows as she did in Bon Soir, but with some new surprises! And, a brand new set of songs have been added from Barbra’s four television specials with CBS… the songs that she chose to sing for her adoring national television audiences during the extraordinary formative years of her career.