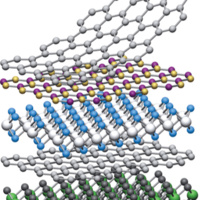 The Lecture: In 1936, Chung Kwai Lui, a graduate of Lingnan University in China was offered an exchange scholarship to attend Oregon State University.  She completed her doctorate in Physics in 1941 and was first woman to receive a doctorate in any field from the University.  She went on to a distinguished career in research at Westinghouse corporation. The Wei Family Foundation Lectureship commemorates her achievements and the long history of cross-fertilization between American and Chinese science.

The Speaker: This year’s speaker, Prof. Jie Shan  left China in 1989 to study mathematics and physics at Moscow State University. She moved to the USA in 1996 to pursue a Ph.D. in physics at Columbia University. In 2002 she joined Case Western Reserve University as an assistant professor of physics. She is currently a full professor of applied and engineering physics at Cornell University

The Topic: The 2010 Nobel Prize in Physics was awarded to University of Manchester researchers Geim and Novoselov for groundbreaking experiments regarding the two-dimensional (2D) material graphene. Graphene, a single layer of carbon atoms arranged in a honeycomb lattice structure, was initially exfoliated from bulk graphite using scotch tape. It turns out that many crystals are just like graphite – they are made of atomic layers bonded by a weak van der Waals force and can be separated into stable units of atomic thickness.  These 2D materials have exhibited many remarkable properties that are absent in their 3Dcounterparts. Recent development has made it possible to stack different 2D materials layer by layer with precise control over the relative rotation angle and the atomic registry between the layers.  These atomic “Deli sandwich” structures provide unprecedented opportunities for designing new materials properties and applications. In this talk, we will look at novel  2D semiconductors suitable for photonics and optoelectronics applications. Electrons in these materials possess a new valley degree of freedom in addition to charge and spin, which can be controlled by an electric field, magnetic field and other means, presenting a possible new carrier for information technology.

The Department of Physics is pleased to have this event as part of OSU's 150th anniversary celebration.  Learn more at OSU150.org