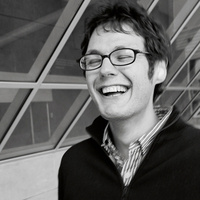 The School of Writing, Literature, and Film will be hosting its Visiting Writers Series with poet Ilya Kaminsky. There will be a reading by Kaminsky and a Q&A to follow.

Ilya Kaminsky is the author of the widely acclaimed Deaf Republic (Graywolf, 2019), which Kevin Young, writing in The New Yorker, called a work of “profound imagination.” Poems from Deaf Republic were awarded Poetry magazine's Levinson Prize and the Pushcart Prize. He is also the author of Dancing In Odessa (Tupelo Press, 2004), and Musica Humana (Chapiteau Press, 2002). Kaminsky has won the Whiting Writer's Award, the American Academy of Arts and Letters' Metcalf Award, the Dorset Prize, a Ruth Lilly Fellowship, and the Foreword Magazine’s Best Poetry Book of the Year award. Recently, he was on the short-list for the Neusdadt International Literature Prize. His poems have been translated into numerous languages and his books have been published in many countries including Turkey, Holland, Russia, France, Mexico, Macedonia, Romania, Spain and China, where his poetry was awarded the Yinchuan International Poetry Prize. His poems have been compared to work by Anna Akhmatova, Osip Mandelstam, and Marina Tsvetaeva.