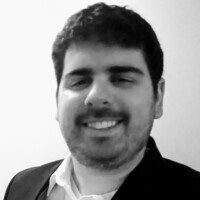 Severe wind events such as hurricanes and tornadoes continue to reveal the need for improved understanding of wind load-paths in light-frame wood structures to reduce structural and property damage. The objective of this study was to investigate load paths in an existing light-frame wood structure with complex geometry, using a commercial finite-element software and previously established computer modeling methods. Modeling methods developed in previous research were used to investigate both gravity and wind loads. Results from the study showed gravity load paths and the governing load combinations for different parts of the structure. Wind investigations revealed load concentrations at corners and openings due to uplift pressure on the roof, as well as overturning forces from lateral wind loads on the walls. Load path investigations show that for this asymmetrical structure, the shear carried in each wall is dependent on the wind direction, and the stiffness of the wall. Finally, stress concentrations in the roof sheathing under wind loads revealed that a truss extending up the slope of the roof, perpendicular to the other trusses, can cause high stress concentrations due to the stiffness it adds in comparison to the rafters surrounding it.

Justin Holman is pursuing a dual MS degree in Wood Science and Civil Engineering at Oregon State University. As part of his degree, Justin has performed research in computer modeling and load path analysis of light-frame wood residential structures.  Previously he attained a BS in Mechanical Engineering at George Fox University, and spent a year working as a structural engineer at Eclipse Engineering in Bend, OR. Justin is currently looking for employment as a structural engineer, with a focus in wood structures.