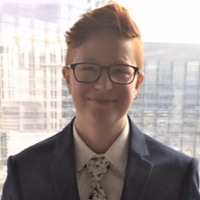 WSE Defense: Optimizing Production of Xylindein by Chlorociboria sp. and its Potential for Use with Nanocellulose

Fungi from the genus Chlorociboria are known for their production of the blue-green quinonic pigment xylindein. Extracted xylindein has been the subject of investigations ranging from fabric dying to use a coloring agent in paint, and shows potential as an organic semiconductor in organic photovoltaics (OPVs) and other technologies.This research investigated if the renewably sourced material nanocellulose could provide a scaffold for the pigment, allowing for smooth film formation and potential improvement of semi conductive properties. It was found that xylindein applied to different forms of nanocellulose exhibited variations in morphology, however no smooth continuous pigment deposition was seen. In addition, methods of Chlorociboria growth were compared to identify conditions and species/strains yielding highest pigment production. It was found that liquid shaking cultures produced pigment in five weeks that was equivalent to two to three months of growth using previous methods, with limited variations across strain. This improvement in growth methodology allows for production of quantities of pigment that could not previously be obtained through laboratory culture. This amount of pigment could permit investigations into methods of purification that will improve semiconductivity, and improve feasibility of industrial scale up. Use of xylindein as an organic semiconductor in OPVs could allow for sustainable energy generation, providing a renewable alternative to traditional technologies based on silicon and other inorganics.

Originally from Colorado, Ray Van Court attended Grinnell College in Iowa receiving a BA in Biological Chemistry and Anthropology. After graduation they moved to Portland, before deciding to drop everything and study spalting fungi. They will be continuing to their PhD in Wood Science at OSU after completion of their MS.